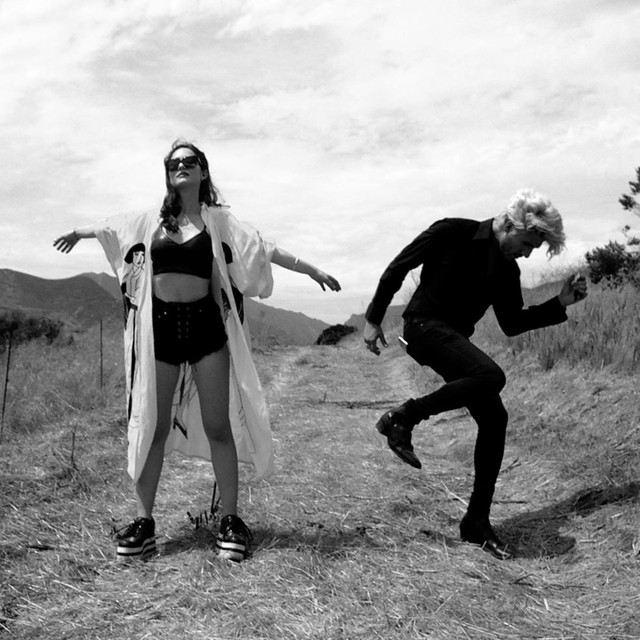 Electronic pop duo POWERS is the creative project of Mike Del Rio and Crista Ru. The Los Angeles-based New Yorkers got their start as songwriters, penning tracks for Selena Gomez ("Birthday"), Kylie Minogue ("Into the Blue"), Christina Aguilera ("Make the World Move"), and Skylar Grey and Eminem ("C'mon Let Me Ride"). They made their breakthrough in 2014 on the Knocks' hit single "Classic." In 2015, they released a pair of party-happy singles -- "Touch the World" and "Gimme Some" -- that sounded like a collaboration between Ke$ha and Icona Pop. Channeling their signature shimmering synth style into their own music, they released their debut EP, Legendary, in 2015. It featured the singles "Beat of My Drum" and "Hot." After touring in support of bands such as DNCE and X Ambassadors, they beefed up their sound with expanded arrangements and Caribbean rhythms, and had a viral hit in the summer of 2016 with "Sunshine." In the meantime, they headed to the studio with mixer/producers Rich Costey (Of Monsters and Men, Foster the People) and Mark Rankin (Bloc Party, Iggy Pop) for their full-length debut, Alpha. Led by the anthemic single "Dance," it saw release in the spring of 2017. ~ Neil Z. Yeung & Marcy Donelson, Rovi