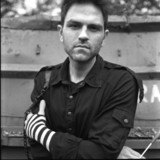 Krzysztof A. Janczak is one of the most remarkable composers of young generation in Poland. The laureate of over a dozen international concert and film music competitions among others; Eyes & Ears of Europe in Munich, Red Dot in Berlin, New York Festivals in NY, European Talent and Universal Music Award in Cologne, and Transatlantyk Young Composer Award in Poznan. In 2012, he received a nomination to a special RMF Classic Award for young film music composer of a year. In 2017 supported by the letters from Max Richter and Monika Willi (editor of Michael Haneke) he has become a member of European Film Academy. He created the music for over 40 movies, dozens of orchestral, chamber and piano pieces, that have been performed all over the world, and the music for TV channels such as; Disney Channel, NBC Universal, 13th Street, Kabel Deutschland and many others. He perfected his skills and craft attending numerous master classes leaded by such composers as: Howard Shore, Alberto Iglesias, Max Richter, Michael Nyman, Jan A.P. Kaczmarek, Patrick Doyle, Don Davis, Trevor Morris, Rolfe Kent, Christopher Young, Mark Isham and Marco Beltrami. Currently he collaborates with the directors and musicians all over the world, composing the music for many feature, documentary and animation films. He is regularly a guest at Abbey Road Studios, leading and supervising the recordings with the best soloists and orchestras, among others London Symphony Orchestra.