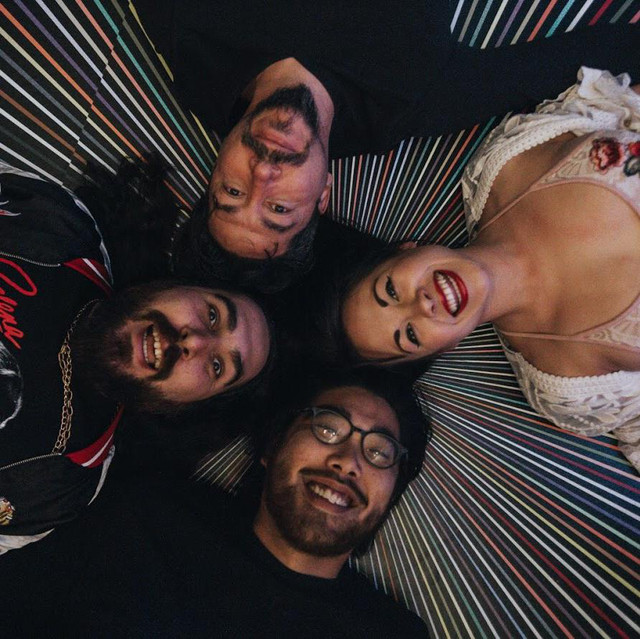 Red Light Cameras are a soulful garage pop band from Albuquerque, NM.   Red Light Cameras are more than a band. They’re a phenomenon, an experience that’s akin to having your mind blown in the most poptastically rocked out way possible, with crunchy guitar licks galore coming from Mag Kim, a tight as heck rhythm section composed of Barney Lopez and Joe Gonzales and the searingly super vocals of Burqueña chanteuse Amanda Machon. The band reps Albuquerque, New Mexico better than any other outfit in the known universe; their reputation as a party band is more than matched by the hard work and vision of the entire ensemble.   With a collection of three albums and three EPs, Red Light Cameras has steadily been honing in their skills at producing catchy music that gets a crowd up, dancing and singing along. Red Light Cameras have been playing since 2010, supporting such acts at Tacocat, Diet Cig, Thelma and the Sleaze, Jessica Hernandez and the Deltas, Bully, Dum Dum Girls, Girl In a Coma and Ra Ra Riot.  Amanda Machon- Vocals Barney Lopez- Bass Mag Kim- Guitar Joe Gonzales- Drums