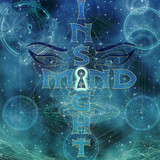 MIND is a UK progressive rock/metal band, formed by the lead guitarist Andreia Gomez. She recorded a demo of original compositions and set out to form the band. Exploring advanced rhythmic and melodic concepts whilst keeping an element of simplicity, is the essence of MIND’s music. The demo was picked up by Total Rock Radio who elected them "Best New and Unsigned Band of the Year". Soon after MIND played Ermal Metal Festival alongside Sepultura, Blind Guardian, Textures and Obituary. They got signed to Glasstone Records and started recording their debut EP. After line up changes and issues with the producer, they left the label and decided to self-produce. The EP got released independently on Friday 13.07.2018. It was played by HRH Radio, who were very excited to introduce the band with the 11 min track “Soul Rise”. This led to an invitation to headline the prestigious HRH Prog Festival 2018 (Pendragon, Hawkwind, Martin Barre Band). The gig was a success despite the singer being wrongly arrested on the day and not able to perform. The instrumental, half improvised set left the crowd ecstatic and the band’s fan base grew exponentially as a result. It was the band’s first taste of fame... MIND is currently working on two singles to be released in 2020. MIND's concept is the mind and the nature of conscious awareness expressed not only through the music and lyrics, but themed artwork and video productions, soon to be incorporated in their live shows.