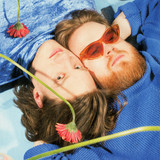 Ursus Factory is a neo-garagerock duo from Helsinki, Finland. It consists of two child-faced dudes, Jussi and Allu, who's uncontrollable energy and riffs hit you in the face, but in the same time the mood is overflowing with emotional sensitivity. Although the wall of noise is aggressive and offensive, the band can be at times openly naive. The songs are usually about the pain of living, but they don't avoid the self-ironic humor.   Through good songs, randomness and improvisation, the band takes the audience as a part of a primitive rock-ritual through good songs, randomness and improvisation. Ursus Factory is more about unrestrained self-expression, exploding and a good party than coolness or other trivial things." - Antti Vuorenmaa / Nälkä.fi