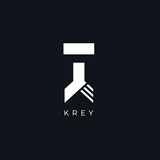 Ahead of the release of his debut album, rising electronic music producer KREY has unveiled its lead single, a spellbinding track called "Are You Waiting." KREY has been making music since the age of 12, but he says he took a break to develop his own unique brand and sound—a shrewd move that is crystal clear in his beguiling debut single. After taking time to focus on branding, visuals, and other accoutrements vital to a budding career in electronic music, he has officially embarked on the journey to his first-ever full-length album. The record promises a visceral storyline thanks to FVCKRENDER from H+ Creative, a renowned visual artist who KREY joined forces to create the album's artwork, and Saim Tariq, who developed animated audiovisual components. - Quoted from https://edm.com/music-releases/krey-are-you-waiting