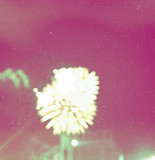 House of Amber is a band created by three producers, brothers Nathan and Tyson Gee and David White. All three attended the same school in the town of Rotherham in South Yorkshire. From the mid 1990s they started their first band together called Krud and cut their teeth on the local music scene.   Nathan and Tyson continued to hone their vocal and writing skills and Krud eventually matured from a grunge outfit to a more refined and experimental act Leon, with the trademark vocal harmonies of Nathan and Tyson at the forefront and playing shows with bands such as Snow Patrol After the dissolution of Leon, Nathan and Tyson reconnected with David who had begun songwriting newer more mature material than their Krud days and Nathan and Tyson’s vocal styles simply slotted into place. Since then the studio project which eventually became House of Amber has grown from strength to strength and has gained many fans worldwide.   In August 2017 House of Amber were nominated for best alternative/indie act and best single for Ride on Radio WigWam’s online radio awards with the band taking home the trophy for best alternative/indie act.   Read the full bio at http://bit.ly/HofAonline