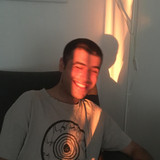 Sami Baha is a Turkish producer based in South East London. His music was introduced to the world via his 2016 EP ‘Mavericks’ (Planet Mu).While his first record was focused around a more familiar trap based hiphop sound, ‘Free For All’ expands it’s range into more unfamiliar territory and also brings his production into focus by featuring a number of MCs from all corners of the globe: UK drill squad 67 ’s Dimzy, Stockholm’s Yung Lean and Chicago rapper and singer DJ Nate (aka Flexxbabii) who’s previously recorded on Planet Mu as a footwork producer. The record also features the rowdy sing-song of Egyptian MCs Dawsha and Abanob from Cairo whom Sami met while on tour in Egypt.