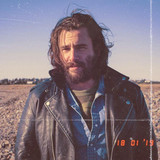 Singer-songwriter Adam Baldwin has been a mainstay of the Atlantic Canada music scene for over a decade. Starting as a member of rock combo Gloryhound before joining Matt Mays & El Torpedo in 2009, Baldwin’s own music has continued to evolve since his award winning self-titled solo debut EP in 2013. In 2016 Baldwin released his first full length album No Telling When (Precisely Nineteen Eight-Fine) featuring the singles “Daylight” and “Anytime”.

In 2019 he released the follow up No Rest for the Wicked, including “Salvation” and “Dark Beside the Dawn”. With in person performances impossible due to COVID-19, Baldwin has launched his Cross-Country Chin Up live stream concert series. The concert series has also inspired to two digital EPs: Chin Up Sessions and Songs for the Parlour.