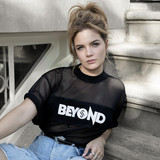 Sophie Francis, 21 years old. One of the biggest Dutch breaking through DJs right now. Plucked from obscurity at the tender age of 14, Sophie began charting her path from a school challenge, of all things. She soon booked her first residency at a local bar where she perfected her skills and, as she played for more and more people, the artist inside began to emerge. She realised that she could connect with people in a powerful way through music.   When she was still in high school (2016-2017) she played more than 30 festivals beside the top clubs in Europe. When she graduated, late 2017, she started playing more all around the world, including 4 successful tours in Asia with more than 40 shows.   Spotify NL included her in their ‘Top 25 under 25’, a list with the most influential artists under the age of 25. Alongside artists as Oliver Heldens and Martin Garrix.   She is signed with Spinnin’ Records. Her first release on the label ‘Without You’ is being played on radioshows all over the world and her latest release ‘Hearts Of Gold’ is climbing global charts. During this period she also released her single ‘Get Over It’ feat. Laurell on the label of Dimitri Vegas &amp; Like Mike: Smash The House.   The crowd absolutely loves her overwhelming tracks and spectacular and energetic performances. They massively voted for the 19-year-old in last years DJane Mag Top 100 as she ended 27th.   We can't wait to see what the next chapter reveals for this amazing young star.