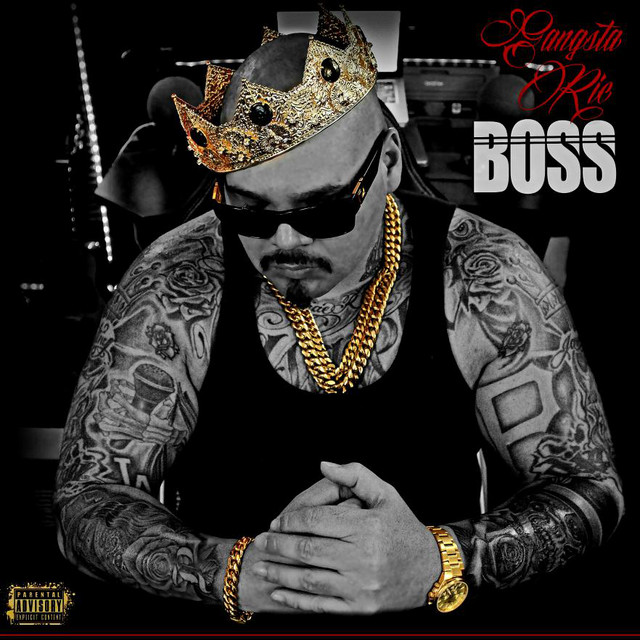 West Coast Chicano rapper Gangsta Ric was born and raised in Pasadena, in the San Gabriel Valley in Los Angeles California. Considering he grew up in a densely gang filled area of Pasadena/Altadena, the lyrics and content of the gangster rap music scene described the exact incidents that were a part of his daily life, such as drive by shootings, drug wars, violence and having close family in and out of the prison system. The gangster rap scene confirmed his area was not the only place dealing with these same issues. Looking up to his uncle "Caspser" (who was later killed in a drive by shooting from rival gang members) as the only male role model in his life, he followed in similar foot steps. As a 15 year old teenager Gangsta Ric was already documented as a gang member, and was charged with a Felony and 1st strike for an assault with deadly weapon. The violent charges continued into adulthood, Gangsta Ric is currently on felony probation and fighting to complete his terms successfully and avoid his 4 year prison suspension. Gangsta Ric Releases; 2013 "KEEP IT G" Mixtape CD and DVD. 2018 "WEST TILL MY DEATH" debut album on all digital streaming platforms & hard copy CDs. 2020 "BLUE" single in January. "MONEY" single in April. "HUSTLER' AMBITION" E.P. album in May. "CHECKS" single in September. "WIDE AWAKE" & "ENCHANTED ROSE" in October. Gangsta Ric Be on the look out for this rising star.