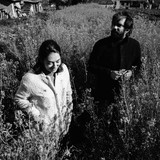 "In Nature, there are no losses; there is no creation, only transformations…” Lavoisier. Lavoisier is a Portuguese couple influenced by each other and the whole world of sensations that music can bring along, and while sharing the same spirit of the Tropicalistas, Michel Giacometti and Fernando Lopes Graça, they head towards their own musical expression, with no fears and no preconceptions about anything. Lead by the spirit of ”tropicalismo”, Lavoisier try to see music not only as a matter of individuality, but as a full sense of awareness and presence in the world we’re living in right now. A world that already existed before.<br>