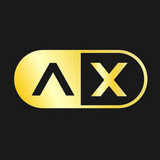 Avoxy is an Indian music producer and DJ who gained recognition for the remix of "Roses" by the Russian artist Saxonov featuring the rapper Micah Byrnes. His first singles of 2020 title "I'm a Demon" a collaboration with the rapper Micah Byrnes became a hit that inspired him to make the remix of "Roses". Succeding another single, one of his best selling singles, featuring the American singer Junior Paes, titled "Leave You Alone" was released. Avoxy's highest-charting song title "Pay" with the vocalist Farisha was released in the same year. The hidden identity of Avoxy has some sort of inquisitiveness that the DJ never breaks and keeps himself away all times in the public eye. The electronic artist's stage name 'Avoxy' and his mysteriousness are inspired by the French music duo Daft Punk, He was also inspired by the other masked DJs like Deadma5 and Marshmello. His musical style includes synth, dubstep, and heavy-bass electronic dance music.