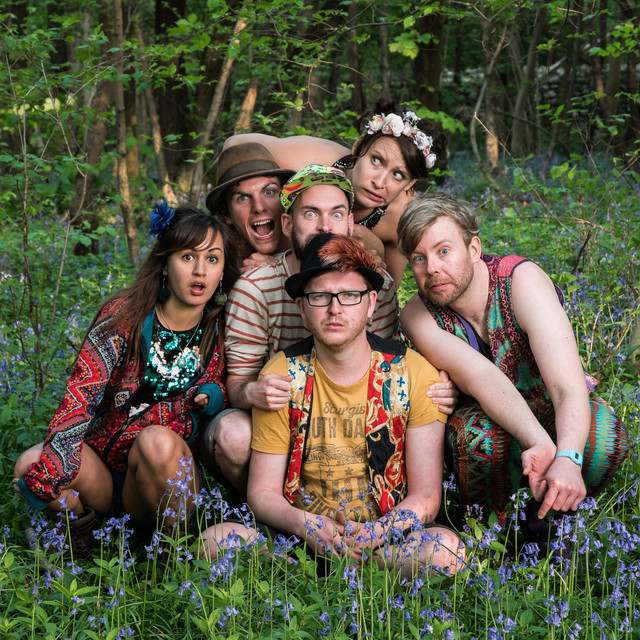 Mr Tea and the Minions

Featuring Mr Tea and the Minions

United by a love of tea, energetic dancing, cheeky riffs, silly hats, and cake, Mr Tea and the Minions have been unleashing their colourful explosion of musical mayhem on unsuspecting audiences since 2013. Their raucous Ska Folk blended with full-fat Balkan beats and a squeeze of tangy Dub has made them party-starting festival favourites – and has inspired frenzied dancing all over the UK (and on a number of forays into continental Europe), with almost 100 festival appearances including Glastonbury, Boomtown, WOMAD, Secret Garden Party, Shambala, Belladrum, Wilderness, Nozstock, and Goulash Disko, to name just a few. Their second album ‘Mutiny’ was released in October 4th 2019, along with a genre-bending music video to the barnstorming lead single, 'Pandemonium'. “The Minions seamlessly weave Balkan Beats with ska, dub and swing to create a bouncing set. It’s impossible not to get involved.” - The Independent ‘A party for your ears’ (Bucketlist) ‘If I close my eyes and turn their latest album ‘Mutiny’ up to the max, it almost feels like i’m stood in a sweaty tent, with a cider in hand and friends aplenty’ On The House “Upbeat, playful and exciting.” - 365 Bristol “Mr Tea and the Minions played one of the best performances we have ever seen! expect great things from these guys.” - Swingamajig Festival