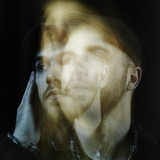 Sleeping At Last is the moniker of Chicago-based singer-songwriter, producer and composer, Ryan O’Neal. His music is often heard on TV and Film: Grey’s Anatomy, The Twilight Saga, The Fault In Our Stars, American Idol, Station 19, Criminal Minds, So You Think You Can Dance, as well as adverts for Mercedes, Panasonic, McDonalds, Budweiser (the beloved "Lost Dog” Super Bowl spot) and more. After many years of making full-length albums and touring, Sleeping At Last began writing long-form series of songs. In 2011, the 36-song collection “Yearbook” was released. In 2014, “Atlas” began- a new series of thematic songs released over the following several years: "Atlas: I" contained 30 songs inspired by the origins of the Universe, including songs for each of the planets in our Solar System. “Atlas: II” explored the theme of involuntary human development throughout 25 songs, including 9 songs inspired by the Enneagram of personality. The third and final chapter of Atlas begins in 2021 and will explore the concept of voluntary human development- what we DO with all that we’re given. In addition to Atlas, Sleeping At Last continues to make space-inspired music as part of his ongoing series, "Astronomy" - mostly instrumental music written as a score of sorts for astronomical events and discoveries as they happen. Sleeping At Last also periodically records cover songs, which have been compiled into "Covers, Vol. 1", "Covers, Vol. 2" and "Covers, Vol. 3"