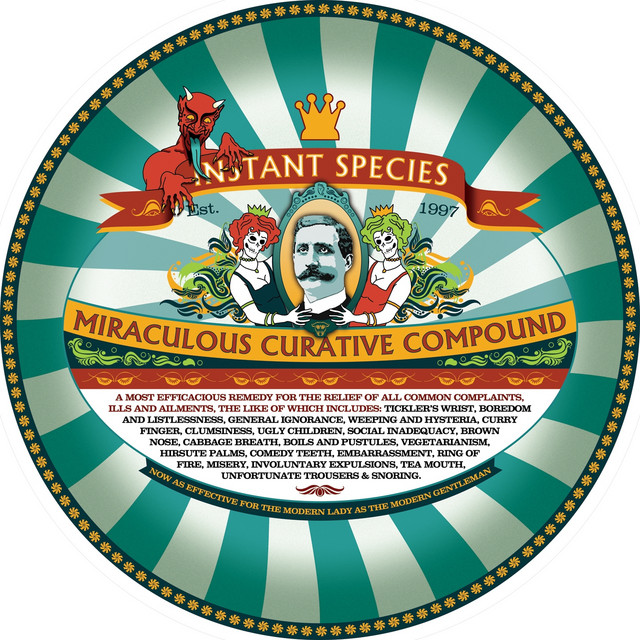 Back in 1997, from the embers of early musical forays, Instant Species was born. Rick Garnett, Bob Spencer, Stuart Criddle and the late Steve Downs began searching for a sound that would satisfy all concerned. Within a year they mustered their first album “Just Add Water” to mixed reviews. There was promise but not much polish. In 1998 the band released “Uppers and Downers”. Critics and fans took notice. Steve Downs left the band, replaced by Nick Hynes. Album number three, “3 Star” featured the single “Home Alone” which garnered radio play. Album number four “Meat Pie Argument” set the tone for the second great age of Instant Species. Gigs splattered across the map before the arrival of the bands most cited album, the classic “Plan E”. With a new found confidence in their writing and sound, the band set about challenging matters with their first self recorded release, the sixth long player in the collection “Robert the Bruce’s Spider”. The album spawned the most successful single to date “Hombrecide” which featured across the airwaves of BBC 6 Music and brought about the bands only BBC session. Album number seven “Miraculous Curative Compound”,

featured songs all under 2 minutes in length.