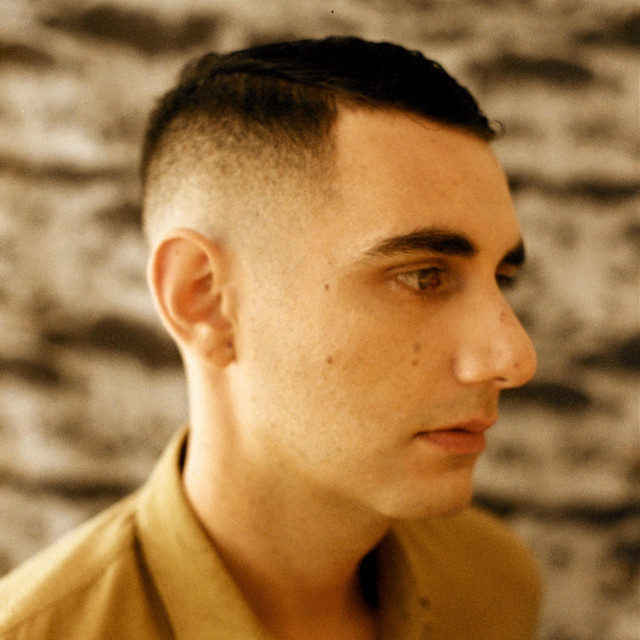 Alex Anwandter is a popular Chilean composer, singer, producer, and video director. Though the music he releases on his own is electronic Latin dance pop, he was once lead vocalist of the popular rock band Teleradio Donoso. Anwandter is a classically trained musician who has studied the violin since the age of six. That said, his interest in popular music is directly related to the influence of the singing and writing of Michael Jackson. He attended Santiago College -- where he studied psychology -- and later composition and theory at Escuela Moderna de Música. He left the latter before graduating. In 2005, he formed Teleradio Donoso with Martin de Real and Juan Pablo Wassaf. In addition to being its vocalist and guitarist, Anwandter was the band's producer and mixing engineer. Their six-song self-titled EP was issued the same year and immediately became an internet sensation, followed by success at radio due to its meld of quirky new wave rock, funky pop, and hooky punk revivalism. The band issued two full-length albums in 2007 (Gran Santiago, which included the EP and six more tracks) and 2009 (Bailar y Llorar) before splitting in 2010. Anwandter began directing the band's videos in 2007, as well as those of the fother muckers (Real's other band). His debut solo album, Odisea, was actually released in 2010 under that pseudonym. Primarily foregoing the use of electric guitars for samples and synthesizers, it borrowed heavily from post-disco and post-punk pop. The artist returned to recording under his own name for 2011's single "Tatuaje" and his subsequent hit album Rebeldes. One of Anwandter's fans was Daniel Zamudio; in fact, the pair had been in internet contact when the latter was brutally tortured and murdered in a Chilean park, simply for being gay. The artist was not only shocked, angry, and saddened, he was spurred to action. Already considered something of a spokesman for gay rights in Santiago, Anwandter dedicated his performance at Chile's Lollapalooza festival to Zamudio. His second single from Rebeldes, "Cómo Puedes Vivir Contigo Mismo," directly referenced the victim and his homophobic killers. In 2013, Anwandter began working on a songwriting project with fellow countryman and recording artist Gepe (Daniel Alejandro Riveros Sepulveda) as Alex & Daniel. Their debut single, "Mundo Real," was issued in November, followed by the self-titled full-length in April of 2013. After a brief tour, Anwandter set down to make a film about the life and death of Zamudio. The finished project, Nunca Vas a Estar Solo y Que Estaba was screened at the Festival de Cine de Guadalajara and won several prizes. He also appeared as a coach on The Voice Chile that year. In January 2016, Nunca Vas a Estar Solo y Que Estaba went into general international release. Anwandter issued a pre-release single, "De Siempre Es Viernes en Mi Corazón." His album Amiga was released by Nacional in April. ~ Thom Jurek, Rovi