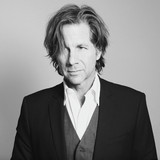 “There are some performers who seem born to command a stage. That’s how it is with Brad Cole. His voice has a sharp, unerring, laser like quality, homing in on those uneasy truths most of us evade.” - Richard Cuccaro (Acoustic Live) "Lay It Down masterfully takes listeners from the familiar spaces of reflective, lyric-driven folk music to the expansive reaches of Bossa nova jazz. It’s a beautiful album.” - No Depression The songs of Brad Cole address the ups and downs of the human condition with both wit and raw insight. His passionate and distinctive delivery of roots-based folk music, woven with the grit and groove of old school bossa and rhythm & blues moves the listener’s soul in a direction that is unexpected, yet perfectly familiar. Cole has shared the stage with Chris Stapleton, Shovels & Rope, Ingrid Michaelson, The James Hunter Six, Dave Davies of the Kinks, Shannon McNally and Will Kimbrough.

Cole’s early days of performing were in the Chicago club scene, performing along side artists that make up the fabric of the city’s musical legacy such as Junior Wells, Otis Rush, Uncle Tupelo and the Smashing Pumpkins. He also led several Chicago-based bands including Treatment, The Second Story, Psycholove, and Check with Lucy. Cole’s current projects include: the jazz / blues cover project Bossa Blue and acclaimed singer/songwriter trio Cole, Nakoa & Treacher.