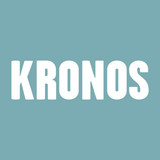 Since its founding in 1973, the Kronos Quartet has become the foremost ambassador of contemporary chamber music, determined and successful at breaking down barriers between musical genres and between musicians and audiences. David Harrington, the ensemble's founder and first violinist, was inspired to form the group after hearing George Crumb's Black Angels. By the end of the 1970s, Kronos settled into a tight collaboration between Harrington, violinist John Sherba, violist Hank Dutt, and cellist Joan Jeanrenaud, and found a home base in San Francisco, CA. At an early point, that initial musical inspiration and the audience reception at its performances led Kronos to devote itself entirely to contemporary music and to present its music in a more relaxed environment than found at typical chamber music recitals. As of 2010, the quartet had commissioned more than 700 works and arrangements, not just for string quartet, but also for quartet plus other performers and even other sound sources. Kronos has had a particularly close working relationship with Terry Riley. In 2002, NASA commissioned Riley to write Sun Rings for Kronos, featuring sounds and images recorded by NASA instruments throughout the solar system. Other long-standing partnerships developed between Kronos and composers Philip Glass, Steve Reich, Henryk Górecki, Osvaldo Golijov, and Franghiz Ali-Zadeh. Kronos' first big album was 1987's White Man Sleeps, and its 1989 recording of Reich's Different Trains won a Grammy for Best Contemporary Composition. Many of Kronos' other recordings have spent weeks at the top of Billboard's Classical Chart, with 2002's Nuevo nominated for both a Grammy and a Latin Grammy, and 2003's recording of Berg's Lyric Suite winning another Grammy for the ensemble. Kronos' recordings reflect its broad interests in jazz, world music, young composers, and film. In performance, it is just as catholic in its venues and collaborations, even working with several choreographers and multimedia artists. In 1999, Jeanrenaud left the quartet, and Jennifer Culp stepped in as the cellist. Culp left in 2005 following the recording of You've Stolen My Heart: Songs from R.D. Burman's Bollywood, and was replaced by Jeffrey Zeigler. Personnel changes aside, the quartet continues to appeal to an eclectic mix of listeners and receive high praise for its championship of unique music. In 2011, just after the release of Uniko, a collaboration with accordionist Kimmo Pohjonen and sampling artist Samuli Kosminen, it was announced that Kronos was the recipient of both the Avery Fisher Prize (U.S.) and the Polar Music Prize (Sweden) for its exceptional achievements. Following concerts in New York and London to celebrate Nonesuch's 40th anniversary with labelmates Oliver Chaney, Rhiannon Giddens, Natalie Merchant, and Sam Amidon, the quartet regrouped with their collaborators to record an album. Folk Songs was released in 2017, and featured a number of traditional compositions with contemporary arrangements. The following year saw the release of Landfall, a collaboration with Laurie Anderson inspired by the latter's experience with Hurricane Sandy. After the Nonesuch anniversary, filmmaker Sam Green was asked to make a documentary about the Quartet. The result, A Thousand Thoughts (2018), was a live tour event with Kronos performing the music for the film while Green narrated. Kronos won a 2020 Grammy Award for Best Engineered Album for Terry Riley's Sun Rings.