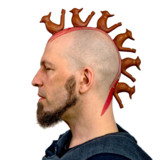 O.Ton Projekt On the track of overtone singing since 1998 and with the heart close to the Portuguese Fado, guitarist Daniel Pircher has found a very own and imaginative way to conjure an entire musical world from the seemingly limited range of the overtone series. Interwoven with the sounds of his classical guitar, he creates a wonderful harmonic variety and joins the archaic roots of overtone singing with the wide horizon, the music can have today. The music of Daniel Pircher is accompanied by the grooves of Marc Miethe’s well-traveled didgeridoo. With humor, inventiveness and Beatbox sounds outgrowing their origins, Miethe’s play fills the rhythmic space around Pircher’s melodies in an unpredictable and energetic way. This musical dialogue is rounded off by sensitive string arrangements, which are masterly executed by Stefanie John. With the Campanula (a cello-like instrument with sympathetic strings and named after a bellflower), she conjures up entire soundscapes in which she embeds Pircher’s compositions. OVERTONE SINGING, WHAT'S THAT? Polyphonic overtone singing is a vocal technique originating from Tuva and Mongolia, which allows the singer to sing two notes simultaneously. By modulating the oral cavity, an additional high flute-like tone is produced to the normally sung tone. www.o-ton-projekt.de