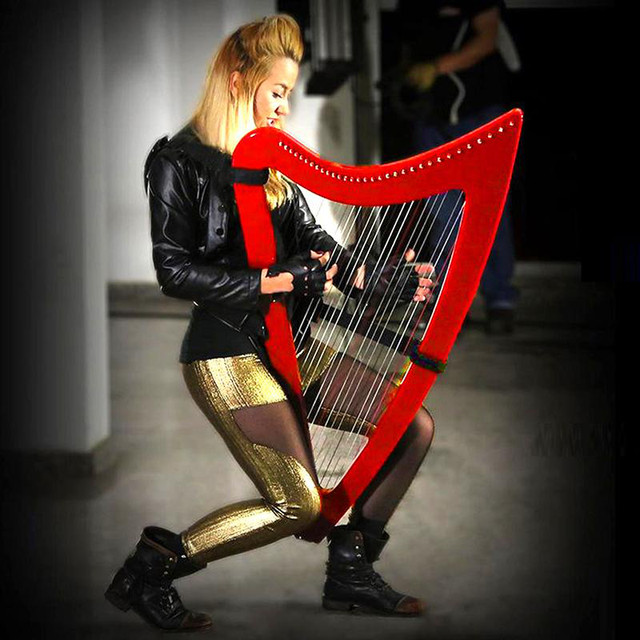 Kiki Bello, previously known as Enki Bello, is a Colombian electro harpist, singer-songwriter and music business entrepreneur. She has been worldwide acclaimed as the pioneer of the Electric Harp in the pop music industry. Artists such as Luis Fonsi, Romeo Santos and Lindsey Stirling have shared and commented her music. Her viral videos have collected more than 120Million views all over social media. Kiki has been interviewed on the biggest Latin TV networks such as Telemundo, Univision, News 12 NJ, Caracol and RCN, bringing her into global recognition. Kiki Bello has opened for Grammy-Award artists such as Cissy Houston, Zacarias Ferreira,

Binomio de Oro, John Alex Castaño, Cholo Valderrama, among others. Kiki holds the record on the “Most Viewed” harp cover on social media with the song “Despacito” with approximately 95+ million views combined on multiple pages on Facebook. The video has been shared approximately 3.5 million times. The video went also viral on the famous application WhatsApp all across the United States, Brazil, India, China and all South America. Kiki Bello has released 4 albums making her the first ever Hispanic female harpist to record a full length solo album.