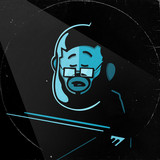 Egil Olsen has been releasing albums on his own little lable and toured for over a decade. The Norwegian singer/songwriter has, since his 2007 solo debut ‘i am a singer/songwriter’, released five critically acclaimed albums. His first ten years

was celebrated with the release of the double live album ‘egil olsen live‘ followed by the double rarity collection ‘egil olsen rare’. There’s also an Egil Olsen tribute album, exclusively released on vinyl, featuring several Norwegian artists covering his songs. He has also made music for tv, films and computer games. In the game ‘Dreamfall - Chapters’ there’s even a 3D animated Egil Olsen doing a full live performance IN the game! The versatile artist also makes his own artwork and music videos. He also has an autobiographical comic strip about life as "a relatively unknown popstar”. Egil Olsen is a live performer out of the ordinary, balancing his vulnerable and melancholy songs with comedy and charming banter. He mostly performs solo, but often appears on stage with various band constellations. The new double live album, partly recorded at Rockefeller, Oslo, features an acoustic band, an electric band and an orchestra. Egil Olsen has done shows in Germany, Japan, China, the US and all over Norway.