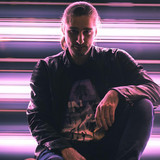 Australian-born Mike Bello is known for his infectious melodies and aggressive synths, harnessing an energy that is totally unmatchable. Mike began his music journey learning how to play the drums which sparked an undimmable flame inside as he then went on to play guitar, sing, and even spent some time as a front man for a Metal band. Throughout his teen years, Metal was a key feature in Mike’s life as he looked up to the likes of Deftones and Ill Nino - influences which are still prevalent in his music today, setting him apart from his counterparts. Mike’s Dance music career began to take off as he explored and refined his sound which led to his first single ‘Tension' grabbing the attention of Harmor Records. With his first release debuting in 2019, Mike has gone on to release an official remix for Olivia Addams' hit ‘Sick Lullaby' and collaborated with Japanese powerhouse Takahiro Yoshihira on ‘Hedgehog' back in May 2020 along with gaining radio airplay from all over the world and support from the iconic DJ duo Jewelz & Sparks. Mike goes into every new track with the aim of recreating those euphoric vibes at a rave or festival that make you feel like anything is possible. His uniqueness and varied influences have certainly freshened up the Electro House scene. After being in the world of Dance music for roughly a year, Mike has generated a wealth of fans and followers, all excited to see what’s next to come.