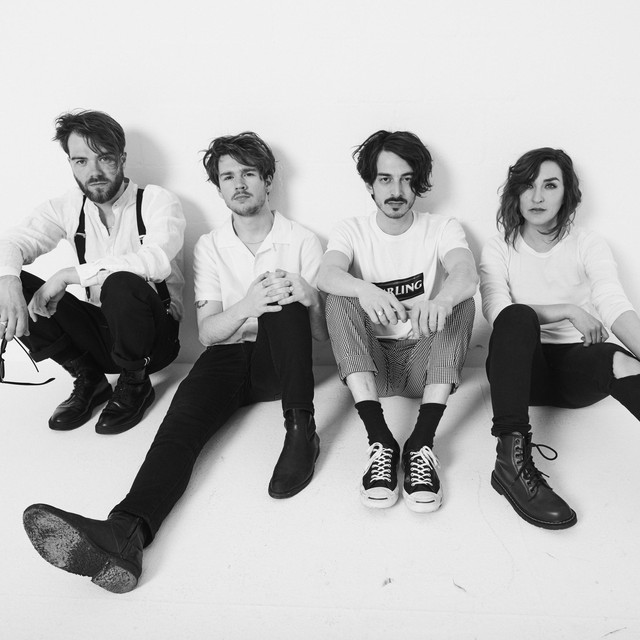 A shape-shifting Dutch psych rock quartet with a razor-sharp punk aesthetic, Amsterdam-based Indian Askin was formed in 2012 around the talents of Chino Ayala (lead guitar, vocals), Ferry Kunst (drums), Jasja Offermans (bass, vocals), and Bart van der Elst (keys). Indian Askin dropped their debut album Sea Of Ethanol in April 2016, the album entered the Dutch Album charts at a solid #8 position. The Dutch press is all over the band and calls it one of the biggest new talents from the Netherlands. Their psychedelic, somewhat twisted, nu-punk has an undeniable Indian Askin sound, but also pays respect to all great music from the sixties, seventies and nineties.   Indian Askin is also making name for themselves in the live circuit, which started by being the support act for several artists such as Maximo Park, Foals and De Staat. They continued with their own successful club tour and played almost every festival in the Netherlands last summer, including Best Kept Secret and Lowlands. Indian Askin is expanding internationally with shows in Belgium, Germany, the UK, Lithuania, Czech Republic and France.