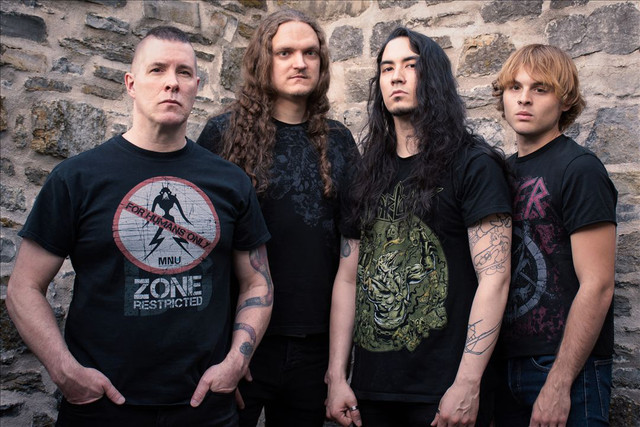 ANNIHILATOR is a Canadian heavy metal/thrash metal band founded in Ottawa 1984. They are the best-selling Canadian metal-band, having sold more than three million albums worldwide. ANNIHILATOR is led by co-founding member Jeff Waters. The band has released 17 studio records and numerous Live cd’s, Documentaries, Acoustic sessions, compilations and DVD offerings. Waters is the guitarist, vocalist, studio bassist & writer for Annihilator, as well as a studio owner, producer, mix & mastering engineer. Killer live shows, lots of touring for more than 30 years and pure, honest Heavy Metal-meets-Thrash Metal music. Fans have been waiting years and it’s finally happening: the much soughtafter and previously unavailable Annihilator back-catalogue is getting a series of reissues via earMUSIC. Now, “METAL II” kicks off this extensive catalogue campaign that will give you special editions, bonus material, exclusive and previously unreleased tunes: All For You! In total, there are 18 records to be released over the next 2-3 years, including the original 2007 version of the “METAL” album. METAL II has been given an incredible overhaul with the one and only Dave Lombardo (Dead Cross, exSlayer) killing the drums and lead vocals "re-invented" by the great Stu Block (Into Eternity). Waters passed over mixing duties to legendary engineer Mike Fraser (AC/DC, Van Halen) and it was re-mastered by Maor Appelbaum. The guest list on the album is huge with more than a dozen KILLER artists.