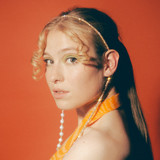 Like D'Angelo's the Vanguard, straight outta the rural Norwegian countryside, Norwegian 7-piece Fieh are ready to unleash the follow-up to their 2019 debut album. Cold Water Burning Skin was fittingly described as “future soul” and “left field R&B”, and the band continues in the same vein, although simultaneously broadening their spectrum. Centered around the groove, Fieh’s new music includes the funk bangers that initially introduced the band, but also more experimental and orchestral songs. Citing The Roots, Joni Mitchell, Erykah Badu, The Beatles and Solange as inspirations should give a hint as to what Fieh sounds like. Brimming with creativity and supported by a funky backbone, it’s still the songs that are the foundation. The lyrics revolve around themes of everyday life, incidents, people and love – real stories from real life. Upcoming album In the Sun in the Rain was recorded with famed Norwegian musician and producer Lars Horntveth (Jaga Jazzist, Susanne Sundfør, The Staves, Kimbra) and mixed by the legendary “Analog Ninja” Russell Elevado. Known for his work with D’Angelo, Angélique Kidjo, The Roots, among others. Fieh emerged with breakthrough single “Glu” in 2017. They quickly rose to local and international fame, thanks to broad support from the likes of Clash Magazine, DIY Magazine and The Fader, among others. Widespread touring took them to venues all over Europe, including the main stage at Norway’s biggest festival, Øyafestivalen.