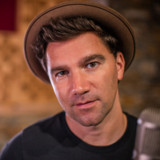 Instagram: @elilevmusic   Rising singer-songwriter and global citizen Eli Lev is making the world a smaller place, one song at a time. Eli pens lyrics and melodies for everyday enlightenment—songs that resonate because they’re heartfelt, earthy, and offer the wisdom he’s gained through lifelong travel and self-discovery.   The Maryland-based artist released Deep South (2019), the third album in a four-part directional series that was inspired by indigenous traditions he learned while teaching on the Navajo Nation in Northern Arizona. His first two album releases, All Roads East (2017) and Way out West (2018), imaginatively and intrepidly connect spheres and generations within a body of work that is irresistibly uplifting, emotionally resonant, and down-to-earth authentic.   Listen to Eli's sultry pop hit Walking Away, his low-fi indie single Be Your Someone, or his new folk anthem Anywhere We Can Go. A cross between The Avett Brothers and The Lumineers, Lev has opened for both Shooter Jennings and Lee DeWyze, and performed at The Kennedy Center and 9:30 Club in Washington, DC.   The final piece of the collection, True North, releases June 2021 with lead single I Wanna Tell You. The EP was recorded during sessions with producer Taylor Rigg (Reno Royale) in a cabin in Virginia’s Shenandoah Valley. The release has garnered attention from American Songwriter, as well as indie folk Spotify play lister Alex Rainbird.