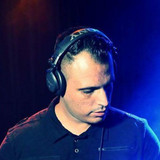 Raw Mean, Ramin is an Iranian-American DJ/ Producer based in San Francisco, Bay Area. Ramin is best known for his early morning remixes specializing in progressive house genre. When asked about his mission, Ramin responds: "My mission is to compose, Dj and bring you the vital principle and animating force within your living beings, bringing you a hypnotic state where pleasing succession of musical tones forming aesthetic units invade your mind." Born and raised in a family full of musicians, Ramin always had the sound of music and different instruments running through his ears. He responds, "I cannot go to sleep at night if there is no music playing in the background, I wake up every morning with ideas in my head about what I heard while I was asleep and what I could do with it" Ramin started his music production in late 90s. His performing (DJ) career started in early 2000s. Under alias DJ RaMiN, Ramin has made a good amount of official and unofficial remixes for Iranian and American artists. Later he got recognized by the famous Iranian radio station, Radio Javan and started his own radio show there named "Playback". In 2012, Ramin made his first official remix "Para 81" under alias "Raw Mean" for the great German based artist, Thomas Radman, under the label Tiefhaus Records. After a long pause, in the year 2020 progressive house producer has decided to take control of his path and restart.