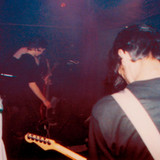 Drop Dead! is a pioneer alternative rock band from Buenos Aires, Argentina. They're well known in the local underground music scene, and abroad, due to its intense and energetic live shows, their melodies, and the use of English to sing in a Spanish language country. In 2005 they disbanded -like many other bands in Buenos Aires- after the Cromañón nightclub fire that shuts down the local rock scene for the entire year. In 2015, after a 10 years hiatus, they tried a comeback. WEBSITE: http://dropdead.com.ar