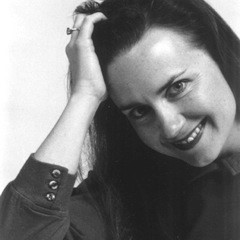 What can you say about a pianist whose first favorite sound was made by marbles rolling in an aluminum dishpan? Kathleen Ryan has played snare drum in a marching band; written & performed singing telegrams; improvised music for modern dancers; & composed a folk rock opera based on the Tristan & Isolde legend. After a very brief fling as a folk singer, & a longer interlude as a classical pianist, Kathleen began searching for ways to “sing the piano” — transform the piano into a medium as intimately expressive as the human voice. “When I am composing,” she says, “I don’t necessarily hear music inside. Instead, I experience a subtle dissatisfaction until the sounds my hands create match the deeper emotion I feel within.” Kathleen’s music can be anything from rollicking to serene, demonstrating that she has perfected the artistry of making the piano sing. Strong musical structure combines with beautiful melody & powerful rhythm, resulting in piano music that is direct, appealing, & unusual. Kathleen has published four recordings: A Handfull of Quietness (transformational), The Rebirth of Light (Christmas), Under the Greenwood Tree (soothing), and Drivin’! (rambunctious). Kathleen’s composing is influenced by the folk music of the British Isles; blues masters Robert Johnson & John Lee Hooker; American composers Gershwin, Hammerstein, & Copland; American shape note hymnody; Mozart & Schubert, of course; & the polyrhythmic coin boxes on the Providence, Rhode Island buses.