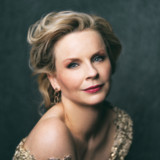 Janine’s singing career starts at a young age. After finishing her study classic singing at Maastricht Conservatory, she won first prize in a Dutch TV-vocal competition called “Una Voce Particolare”. She has done many performances as soloist in the Netherlands as well as on prestigious international stages. She also appeared in many classical concerts, operas, operettas and musicals. Her versatile sound and stage presence lead to a number of leading roles in musicals. In Stuttgart she played two years the main role Christine in The Phantom of the Opera in a Stage Entertainment Germany production by Joop van den Ende. As a solo artist Janine collaborated in many concerts and productions in Belgium, Germany and Italy but also in the Czech Republic, Australia, Switzerland and Russia and recently in the West African capital of Ghana. Janine is currently working on a new album called ‘Contradictions’ to be released in september 2021.