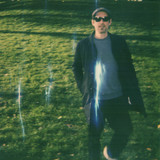 DJ Pasta is the alias of Italian DJ and producer Davide Piva. He's previously been apart of Italian indie pop royalty, being members of both Amari and Fare Soldi, he is now leveraging his musical influences to take a step further into the realm of rhythm with his debut EP on Toucan Sounds: Batadoris and its three highly percussive and energetic tracks.   This new project builds upon the success in dance as a member of the nu-disco duo Fare Soldi - the household name for modern disco aficionados - which released tracks and remixes for reputable labels such as Kitsunè, Southern Fried, Ministry of Sound as well as its very own label, Riotmaker Records, whose releases have been supported by names like Armand Van Helden, A-Track, Alan Braxe, Dimitri from Paris and many more. Following collaborations with artists such as the soulful Sam Sparro, remixes of classics like the timeless “No Diggity” by Blackstreet which has rightfully accrued more than 1.3 million streams on Spotify, global performances from LA to Seoul, and sharing stages with the likes of Calvin Harris, Mr. Oizo, SebAstian.