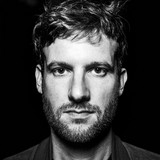 "Newbould's alto playing bursts from the ensemble shining like a beacon in the darkness" - Bebop Spoken Here, UK Born and raised in the Northern English countryside, Sam Newbould is a saxophonist, composer and bandleader based in Amsterdam. He is best known for his award winning group the 'Sam Newbould Quintet'. His quintet's critically acclaimed debut album Blencathra was described by Windout magazine as “A musical mosaic of futurist ideas and indie-jazz harmonies...a sound bridge between past and present”. In 2019 he won the Keep an Eye Records, which commissioned his upcoming second album, Bogus Notus, to be released on ZenneZ Records in March 2021. With an expressive and lyrical sound, Sam has placed himself strongly in the Dutch jazz scene. Inspired by the people and places that defined his upbringing, his compositions are infused with a passion for storytelling and a desire to evoke emotion. Sam has played major international venues including the Bimhuis, LantarenVenster and the Vortex. He has also featured at festivals including Amsterdam jazz festival, Goois jazz festival, and Amersfoort jazz festival. An alumni of the Conservatorium van Amsterdam, Sam moved to the Netherlands in 2016 and has remained there ever since. Sam is grateful to the Keep an Eye foundation and Help Musicians UK for their support.