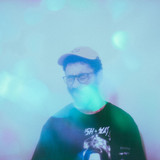 milo is one of many vehicles of Rory Ferreira. There is also Scallops Hotel, the citadel of self-sufficiency where Ferreira produces and demos. Here there is always vacancy for free thinkers. Ferreira reinstates leadership into rap music. His self-sufficiency extends beyond self-interest. This is the purpose of Ruby Yacht, his imprint and flagship. Ruby Yacht prints, it presses, it manufactures, and it does not outsource. It is a guild of builders. As a philosophy undergrad, milo toiled in the late evening over his debut, a split EP entitled Things That Happen At Day // Things That Happen At Night. The project was picked up by the Los Angeles imprint Hellfyre Club and led to a brotherhood. Ferreira dropped out of school and moved to LA to record the Dorner Vs Tookie compilation with his newly minted crew of Open Mike Eagle, Nocando, and Busdriver. The crew dissolved around the release of milo’s full length debut, A Toothpaste Suburb, in 2014. Before milo moved to Milwaukee to till his own garden, he linked up with producer Kenny Segal to record the collaborative album So The Flies Don’t Come. Flies was a watershed pivot for milo. He may have declared himself the lazy theologian, but Flies was a eulogy to his mistaken identity of nerd rapper. He honored the old gods by not tolerating. His most recent album Who Told You To Think? has been his most celebrated record to date, growing off the direction established on Flies and explored in his Scallops Hotel tapes.