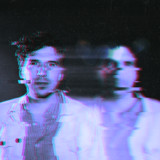 Born and raised in Dallas, singer/songwriter and multi-instrumentalist Robert Shirey Kelly now resides in Nashville, TN. From soft singer-songwriter sounds, to poppy upbeat tunes, Roberts’ musical knowledge spreads above and beyond. Since graduating from Belmont University, Robert has been writing and producing songs that have been featured in hit TV shows such as All American, Charmed, Raising Hope, The Rookie, and Teen Mom. Robert has shared the stage with artists such as Gavin James, Chord Overstreet, Matt Wertz, and Matt Corby. He released his first album in 2011, which reached the Top 10 Singer-Songwriter chart on iTunes. With millions of streams on his Spotify, Apple Music, and other streaming platforms, Robert has reached a worldwide audience with his passion for music.