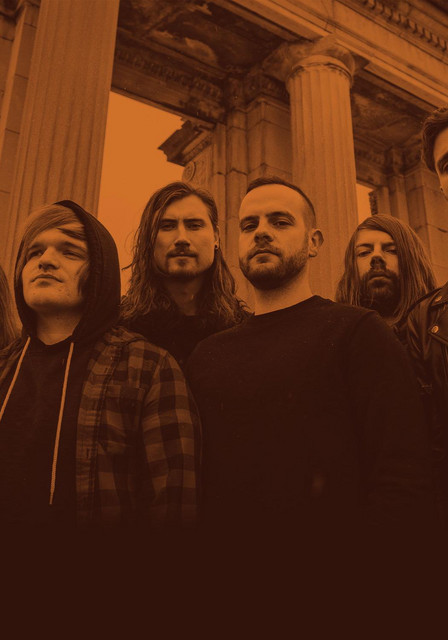 The Wise Man's Fear is a 6-piece American Fantasycore band from Central Indiana consisting of: Tyler Eads - Clean vocals, Joseph Sammuel - Harsh vocals, Codi Chambers - Lead guitar, Nathan Kane - Rhythm Guitar/vocals, Thomas Barham - Bass guitar, and Paul Lierman - Drums and lyrics. The group debuted its first full-length record, Castle in the Clouds, in the summer of 2015. The album chronicles the adventures of a young knight (representative of mankind) on his quest to find a legendary Castle and allegorically, the meaning of life. Their 2017 release, The Lost City, serves as a prequel to the events of Castle in the Clouds and tells the story behind the rise of Chaotica, the villain from the previous record while commenting on the dangers of generational warfare. In 2020, the band announced their signing to Sharptone Records and released the first single, "The Relics of Nihlux" from their forthcoming album and label debut, "Valley of Kings." Drawing from a wide range of influence spanning from singer/songwriter and alternative music to downtempo deathcore, the band has crafted a unique sonic blend as true to their Fantasycore classification as their lyrical content.