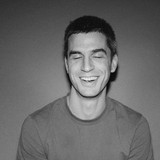 Swedish left-field house producer Kornél Kovács creates bright and buoyant tracks that don't take themselves too seriously. Kovács was born in 1985 in Stockholm, where he was formally trained in music by day and exposed to his parents' record collection by night. It wasn't long before an appetite for electronic dance music began to emerge, quickly leading to his first gig at the age of 14. Kovács began his career spinning drum'n'bass, but he eventually lost interest and hung up the headphones for a few years. It wasn't until the mid-2000s -- when he hit the legal age to enter clubs -- that he began again, this time focusing on house. In a short period of time, Kovács became a resident at Paradise, before moving on to Stockholm's Red Bull Music Academy. During his time at RBMA he set up the Studio Barnhus label alongside Axel Boman and Petter Nordkvist. His productions were ready for wider release by 2012, beginning with Baby Step/Down Since '92 on his own label. A number of EPs followed, mainly through Studio Barnhus, alongside releases on Smallville and Numbers. In 2016 Kovács released his debut full-length album, The Bells, which came to fruition after two solid weeks in the studio and help from engineer Matt Karmil. ~ Liam Martin, Rovi