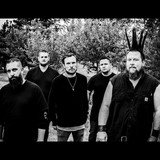 Ceres is a heavy metal band from Missoula, Montana featuring hard-hitting riffs, driving rhythms and engaging lyrics conveyed through a mix of traditional with aggressively harsh vocals. Their live shows are an intense blend of powerful stage presence that couples humor, crowd engagement and intensity with the focus and precision of session musicians. Described by local radio DJ Kromdar as “a Red Bull* to the junk!” - this is not your Daddy’s rock and roll. (Disclaimer – if hit in the junk by an actual Red Bull or other energy drink seek medical attention. Ceres is not endorsed by or affiliated with Red Bull. *Mix only with Vodka.) Ceres began as a studio project for lead guitar player Mike Vandersanden in the summer of 2018. Vocalist Paul Glueckert and guitar player Dan Beard were the first to come on board shortly after the bands inception.

Ceres then welcomed drummer Curtis Hoskins and bassist Jeff Gibson on board shortly after to complete the musical arrangement. The wide variety of influences on each individual member and their musical backgrounds results in sounds reminiscent of Killswitch Engage, Black Sabbath, Iron Maiden, Devin Townsend, Metallica, Slipknot and Megadeth amongst many others from traditional blues rock to early heavy metal and modern progressive metal. (*Ceres prefers PBR, but if Vodka is your drink of choice you won’t be judged. Much.)