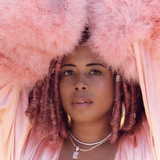 Kelis’ brand new single “Midnight Snacks” is out NOW! Born and raised in Harlem, Kelis Rogers, better known as Kelis, rose to fame singing the hook of Ol’ Dirty Bastard’s hit “Got Your Money.” Soon after came years of chart-dominating songs and boundary-pushing music, resulting in millions of albums sold and numerous top 10 hits. Kelis has released six albums, won Brit, Q, and NME Awards, and has been nominated for two Grammys. Her latest comeback with “Midnight Snacks” is a testament to her iconic stature; it stands as a re-introduction to Kelis’ trailblazing artistry with reminiscences of the same sultry, sensually captivating sound that has made Kelis the icon she is today. Prior to this, Kelis released her album “Food” in 2014. Made with a live band and horn section, its raw, soulful, and unparalleled sound quickly paved the way for it to become one Kelis’ most adventurous works yet. Kelis has toured every corner of the world, performed at every major festival, and shared the stage with the world’s top artists. A fashion icon and designer muse since the early days of her career, Kelis is celebrated for a personal style which is always creative and forward-thinking as the music she makes. Alongside her career in music, Kelis is also a Le Cordon Bleu trained chef with multiple television cooking specials, a debut cookbook with My Life on a Plate, a farm owner, and a burgeoning entrepreneur with Bounty & Full, her line of gourmet sauces in stores now.