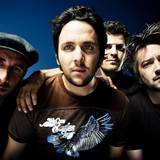 Signal Hill Transmission was an American indie/alt rock band based in Los Angeles, CA. From 2002-2009, the band released two full-length records and a handful of EP's.

Songs from those releases appeared in TV shows like Harry’s Law, 90210, The League, Giada at Home, and in films The Rocker and Firehouse Dog.