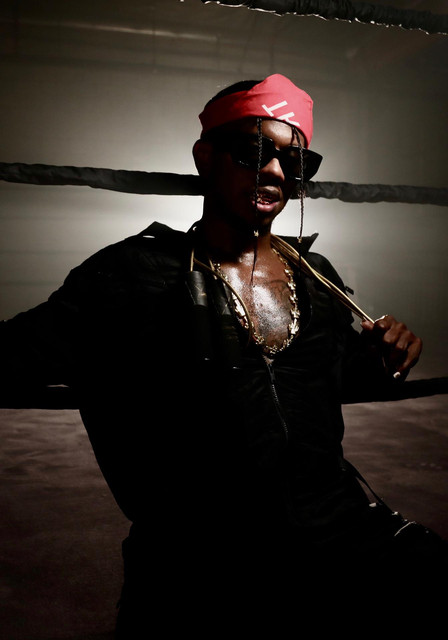 Coming up somewhere between Wiz Khalifa's loose flow and hedonistic lyrics and Lil B's free spirit and love of alternative-flavored beats, Atlanta's Trinidad James went from viral to Def Jam Recordings signee, and all in his rookie season. Born Nicholas Williams in Trinidad &amp; Tobago but raised in Atlanta, he was a 24-year-old manager of a downtown streetwear boutique when he decided to try his hand at rapping and become Trinidad James. That was late 2011, and in October of 2012, Trinidad dropped his debut mixtape, Don't Be S.A.F.E., which featured the viral hit "All Gold Everything." In December of that year, as the "All Gold Everything" video passed the three-million-views mark, Def Jam announced their signing of the rapper and released the "All Gold Everything" remix with verses from T.I., Jeezy, and 2 Chainz added to the track. The label gave the Don't Be S.A.F.E. mixtape an official release in early 2013. A second mixtape was released later that year. 10 PC Mild featured spots by Travis Scott, D4L, Danny Brown, Rich Homie Quan, Gucci Mane, and Childish Gambino.   James continued to drop mixtapes with the Gold Gang

label, occupying 2015 with a trio of releases: The Wake Up, No One Is Safe, and Trips to Trinidad. He also appeared on a remix of Mark Ronson and Bruno Mars' "Uptown Funk" and Cash Cash's "The Gun" with DEV and Chrish. In 2016, James returned focus to his own output, dropping the single "Just a Lil' Thick (She Juicy)" with Mystikal and Lil Dicky.