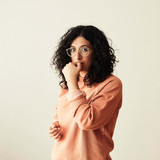 Alexandra Streliski is a Montreal based pianist who creates minimalist and cinematic music. As Billboard calls her "one of the foremost new stars in modern classical”, Noisey describes her music as "a contrast of depth and fragility that uncannily resembles the human condition itself.” One of the rare women in the modern classical world, Streliski made her debut with the album "Pianoscope" in 2010. Independently released, the album eventually reached 15 million streams and was heard in various film and TV projects. Jean-Marc Vallée’s Oscar nominated film "Dallas Buyers Club" even led her music to be heard at the Academy Awards ceremony in 2014. In 2018, Stréliski signs a record deal with the label "Secret City Records" and releases her second album "Inscape". With more than 60 million streams worldwide and 80,000 albums sold, the album is a commercial and critical success since its release. Now certified platinum in Canada, it has rewarded Streliski with three Felix prizes (Quebec), an "Album of the Year” award at the Canadian Independent Music Awards, and three JUNOS nominations, including “best album" in 2019. Even though from a classical academic background, Streliski doesn’t bother too much with conventions or labels. In her attempt to fill a certain emotional emptiness and collective need for calm, she looks to take listeners back to a form of lost sincerity, looking for the purest and simplest way of expressing an emotion through art, with a solo piano.