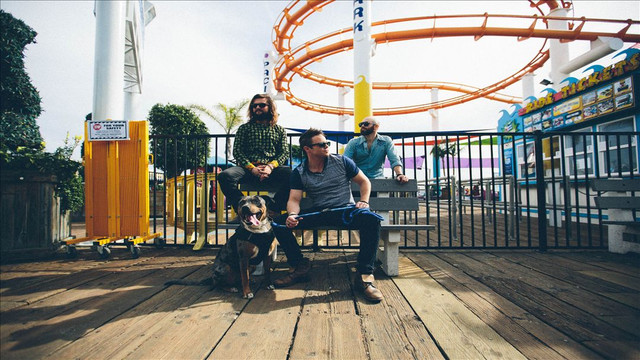 The Rebel Light are a Los Angeles-based indie pop group led by Long Island-born brothers Alan and Jarrett Steil. The roots of the band trace back to Ireland, where the Steil brothers formed the more electronic-oriented pop trio Suddyn in the late-2000s. After finding some chart success on the Emerald Isle, the two brothers relocated the band back to the U.S. in 2011, settling in Southern California, where they recruited new drummer Brandon Cooke. With the change in locale came a new name, and the Rebel Light delivered their self-titled debut EP in 2012. Focusing on a melodic, piano-driven pysch-pop sound, they began to build their reputation on the West Coast, eventually landing with Photo Finish Records, which delivered their single, "Strangers," in early 2016. ~ Timothy Monger, Rovi