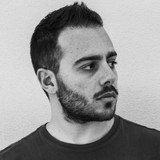 Danilo Tarso began studying piano at the age of 13 at the Conservatory. Soon he fell in love with jazz so he decided to study with masters and then he moved to Siena where he studied Franco D'Andrea, Stefano Battaglia, Fabrizio Puglisi, Yonathan Avishai, Ralph Alessi, Aaron Parks, Matt Mitchell, Greg Hutchinson and many others. He started to play concerts around the age of 20 when he started performing piano solo playing classical music repertoire (music from J.S.Bach, Scarlatti, Debussy, Schumann, Liszt and Beethoven) and jazz standard mixed with improvisations. At 24 he started to perform as a jazz pianist in different groups (he played with musicians such as Roberto Ottaviano, Glenn Ferris, Logan Richardson, Markus Stockhausen, Daniele Roccato) having the opportunity to play in places like La Fenice in Venice, the Bimhuis in Amsterdam, the Italian Cultural Institute in Paris, Parco Della Musica in Rome, Hong Kong. Since 2017 he has an active collaboration with the "Accademia Chigiana" in Siena which involves him in projects as a soloist and as a sideman He teaches piano at the Siena Jazz Academy. In June 2019, at the Casa Del Jazz in Rome, he won the "LELIO LUTTAZZI 2019 AWARD" as best young Italian Jazz Piano Player. www.danilotarso.com