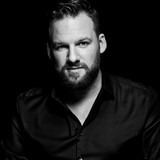 Dutch composer Matthijs Kieboom was born in 1985 in the city of Dordrecht. He started his musical education on the cello and the bass guitar before moving onto composition. His first feature film score was co-written for Fuchsia the Mini-Witch (2010). In 2011, Matthijs won the first place and the title of “Transatlantyk Young Composer for 2011” at a competition created by Academy Award winning composer Jan A.P. Kaczmarek. He later won the “Young Talent Award” at the Krakow Film Music Festival and had his music played at the closing gala. In 2013, Matthijs collaborated with DJ Armin van Buuren on the BUMA-winning score for "Verliefd op Ibiza", the top selling Dutch movie of the year. Matthijs Composed the music for over 50 Film and serie productions.