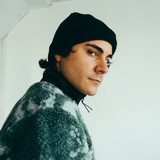 Lifelong Californian, Vinny Pisciotta, known musically as Rome in Silver, is inclined to both the vibrant and bass-forward foundations of dance music. Listeners who bear witness to his superlative singles like “Fool,” “Skin,” or “Fade” will recognize his uncanny knack for placing tactful melodies atop plenty of gusto on the low-end.   Rome in Silver has fashioned himself a formidable niche in the fluttery corners of the electronic spectrum since his rather recent 2016 debut. His key releases include his lush Like Lightning EP on San Holo’s bitbird label, as well as an additional EP circa 2020, Forever Flame, on Canadian dance music mecca, Monstercat. From the latter, comes his single “Skin,” rife with playful nuance, the song appeared in the seventh edition of the wildly popular video game Rocket League.   Looking ahead, Pisciotta is putting finishing polishes on a pair of EPs, set for release at the middle of 2021. Snowballing 75 thousand monthly listeners into 400 thousand last year alone, he’s an incontrovertible breakout force in the electronic circuit   MGMT: Anthony@prodigyartists.com Bookings: mary@minttalentgroup.com