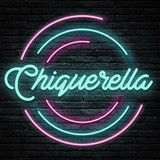 Chiquerella is a band from Bulacan founded in the year 2016. The band realized that Chique, vocalist, had strict parents that wouldn't allow her to come home late. They then came up with the idea of combining her name with Cinderella as their band’s name. Each member has different influences that makes their music a mixture of genres like Pop Rock, Soul, and R&B. Chiquerella believes in writing songs together freely that no matter what genre they come up with that day, it’s a song to be heard.