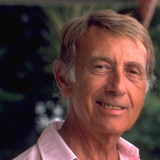 Born in Marseilles August 11, 1913 He learns violin at the Conservatoire in Marseilles. He becomes the musical director of some singers, among them Yves Montand, and Lucienne Boyer, with whom he is going to tour the world. 1952: he emigrates to US, because he wants to produce a big band orchestra. 1953, First hit Blue Tango and the follow up Limelight 1954 he creates the serie Amour Danse et Violons which will include 54 LPs 1956, he records his version of Only You, created by yhe Platters ; he will sell over 3 millions copies in the US Between 1956 and 1972 he is the regular conductor for France at the Eurovision song contest. 1958 : Serie Pages Célèbres in which he directs: The LSO The Society of Concerts for the Conservatoire The BBC orchestra The Lamoureux Orchestra 1962: he composes

with Paul Mauriat the song