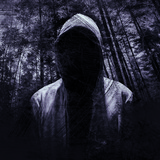 STR8 is an alternative metal band from Pisa, formed in 1998. After some lineup changes, in 2003 members Alessandro Briganti, Filippo Bendinelli, Raffaello Terreni, Emiliano D'Alessio and Luca Lembo, released the first demo "Memories”. Shortly thereafter, producer Frank Andiver offers them a contract for their first album with his Rising Works label. In January 2006 the band released "Soul Inside?”. Many concerts will follow that will lead to divide the stage with bands like 30 Seconds to Mars, Aiden and many others. In the summer of 2008, the EP "One Last Time" co-produced with Frank Andiver will be released. After two years of concerts and writing of new material, the STR8s close at the Zenith Studio with once again the friend Frank Andiver, to record the second full lenght "No More Flames". After the release of the album, Fabio Machiavelli is announced as a new drummer and the band decides to release a new song by the V-Rec label. "The World Burns" confirms the band's metal attitude but there will be strong influences of electronic music. In January 2016, Giacomo Rossi is announced as a new singer. With the new lineup the band signs a contract for Revalve Records for the release of two new singles: "The Sun" and "Wrong" will be co-produced, mixed and mastered by Matt Hyde who will bring the sound of the group to another level of power and intensity. The metal attitude will be perfectly mixed with alternative influences, electronics and new vocal approach.