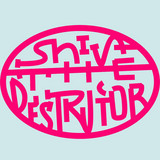 Shiva the Destructor is a product of meticulous endeavors of four guys from Kyiv, Ukraine. For each of them, music is too important to not make it. All of the band members have strikingly different backgrounds, and it affects how they perceive and make music. When a lawyer, a programmer, a guitar expert and a psychologist gather in one place, nobody knows what is going to happen — it makes the whole thing more interesting and dynamic. The band came together back in 2012, but its current line-up (barring the drummer) formed in fall 2014. They recorded and self-released their Supreme Light RP in fall 2015, following which the existence of Shiva the Destructor became known to a wider audience, both in Ukraine and abroad. The band had a series of gigs throughout the country and then focused on creating their first full length album. Though all parts had been recorded in summer 2017, the biggest challenge was still ahead — album mixing lasted for more than three years, to faithfully bring their ideas to life band members worked with three different sound engineers, and in the end of the mixing process the band had to seek replacement for one of their founding fathers, drummer Marco Sharyi. Shiva the Destructor is: Andrii Pryimak — guitar, vocals, backing vocals, keyboards Rodion Tsikra — guitar, vocals Andrij Sernyak — bass, backing vocals Kostiantyn Kalachikov — drums